Last week Digs were contacted by Nadia, a private tenant living on Defoe Road in Stoke Newington. Nadia and her son Jad have been fighting eviction from their home since July 2016. Having exhausted all of their other options, they reached out to Digs as a final resort to see if we could help them win a little more time. Unfortunately, just two days later, at 7 a.m. on Friday 25 August, a High Court bailiff drilled through their front door and evicted them, while their landlord stood around in the road outside drinking coffee.
Their story displays all of the usual traits of a system in which the needs of tenants are ignored. It is a compact demonstration of the combined effects of profiteering, resource-starved local authorities, a housing benefits system constructed almost entirely out of potholes, and basic failures in human sympathy. It is also, more importantly, a live case involving two people who need immediate care and support.
Problems with Housing Benefit and Section 21s
Like many private tenants in Hackney, Nadia has been experiencing the effects of housing profiteering for years. After she lost her job as an ESOL teacher in 2010, she moved from Islington to Hackney with her two children (the eldes 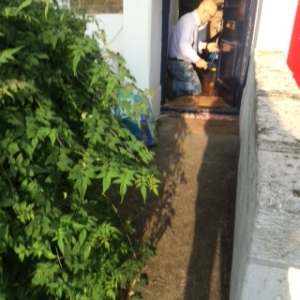 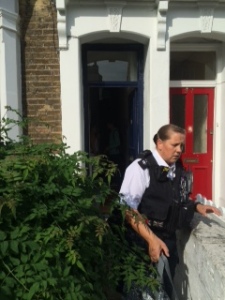 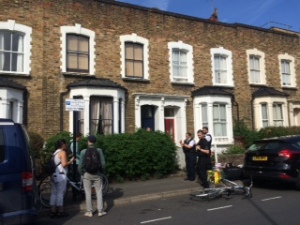 Look around this site for...